To the average person, weather forecasts inform whether or not they need to bring an umbrella to the office. But to some, it can be quite literally a matter of life and death. Organizations like the European Center for Medium Range Weather Forecasting (ECMWF) sit at the center of a web of highly sensitive operations, providing them weather predictions and reports. Whether that is for space agencies, natural disaster response, or the military, the accuracy of their forecasts are core to the decision making process.

So, it’s no wonder the ECMWF manages one of the world’s largest supercomputing clusters to run computationally-expensive predictive models. This post goes in-depth on how the ECMWF used Teleport to grant secure shell access to scientists and researchers without encumbering them with esoteric ssh commands and configuration.

Teleport is an OSS tool that consolidates SSH access across all environments, implements security, meets compliance requirements, and has complete visibility with a developer-friendly solution that doesn’t get in the way. 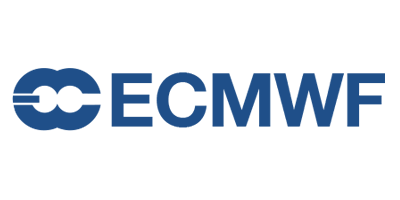 The European Center for Medium Range Weather Forecasting is an independent organization, supported by participating member states. Hosting one of the largest supercomputing facilities and meteorological data stores in the world, the ECMWF provides invaluable forecasting predictions and reporting. The organization is a key component of Europe’s meteorological infrastructure, working with various national weather services to inform weather conditions for seaports, emergency response, airports, and space agencies. For nearly 50 years, the ECMWF has remained Europe’s foremost pooling of meteorological resources.

The ECMWF’s 10-year goals, set in 2016, had ambitious mandates; one of which required moving their datacenter from Reading, England to Bologna, Italy. The relocation was a massive undertaking, requiring multinational collaboration to move and construct a state-of-the-art data center in a 9,000 square meter facility. The infrastructure team at the ECMWF would use this opportunity to refurbish outdated services, one of which included a remote access service for members that needed to connect a shell to ECMWF’s computing powerhouse.

As with most growing organizations, the ECMWF’s existing in-house solution, ecAccess, became difficult to maintain. Design choices from a decade ago prevented the adoption of new technologies like OIDC, and changing dependencies required more customer support resources. To achieve the goals set in the Roadmap to 2025 initiative, the infrastructure team would go on to uproot ecAccess and transplant it with a modern remote access tool. One that would improve security, provide greater visibility, and most importantly, scale with them.

A key priority for ECMWF is on the one hand to remain an attractive proposition for the best scientists in the world, whilst at the same time ensuring it can provide them with the best-fitted computing capability to deliver our core mission.

The two computational behemoths housed by the ECMWF included a high performance computing Linux cluster and two Cray XC40s that constitute its supercomputer. Capable of up to hundreds of teraflops in processing power, these facilities are utilized by ECMWF’s users to perform data science and build machine learning models. Typically these jobs required remote shell access via SSH, which also exposes a way for hackers to siphon supercomputing resources. A recent example was the coordinated attempt to use other European supercomputers for mining cryptocurrencies. For the ECMWF, the stakes are higher with large volumes of their data directly supporting emergency services. Days or even weeks of downtime is not tolerable.

Figure 1: ecAccess Architecture Running a standard ssh agent, scientists from all around Europe could connect to the ecAccess gateway and would be greeted with a login prompt. At the bottom of the CLI, users are asked to enter a one time password they receive from an authenticator app. Despite being a preferred method of primary authentication, SSH keys were not given to any users - the risk being too high to leave keys across thousands of local machines and let them be copied, misplaced, or misused.

Having matured into a vital coordinated effort across Europe, the ECMWF expanded their reach and computational capability. Among them would include a growing staff of sysadmins and analysts supporting over 500 distinct internal systems to aid the work of thousands of personnel from an increasing list of member states.

An important build vs. buy variable is the cost of maintaining internally-built software. The problem with this calculation is that, over time, costs may unpredictably change. Consider a couple of the reasons the ECMWF felt this pain:

ECMWF had some precise requirements guiding their search for potential successor technologies: Not only did the upgrade have to be resistant to the pressures building inside ecAccess, but could fit within the constraints the ECMWF worked under.

Like most Linux shops, especially one that creates and freely distributes software themself, the staff at ECMWF had a healthy appreciation for open-source software. So when they first came across Teleport as a possible fit, they immediately went to the Github repo.

Transparency is a big thing, we can look for ourselves and say ‘Yes, that’s [Teleport] quality and it's done by people who know what they’re doing.’

As engineers, the team felt reassured in knowing they could collaborate with a community that would continually improve the software. But as a service operator, the ECMWF needed commercial support - someone to pick up the phone.

In the end, the infrastructure team at ECMWF chose Teleport as their solution. Adding some color to this decision, recall that the ECMWF evaluated tools that met minimum requirements and improved both security and ease of use.

Satisfied with the long-term viability of Teleport, the ECMWF first implemented Teleport in their facility in England, both as a POC and because of the immediate need for better auth. The idea was to have both ecAccess and Teleport in production and slowly wean users off ecAccess in preparation for their Italy data center, which would only support Teleport. But more importantly, the majority of the ECMWF’s staff, many of whom had elevated privileges, worked within the England facility. When fully transitioned to Italy, they would be a predominately remote workforce. In March 2020, this initiative was pushed into high gear as COVID spread.

The ECMWF connected Teleport to their identity management system and Keycloak login service - a popular open-source tool. No longer were users just a one-dimensional UID. They were now identifiable with traits like name, team, role, and groups. This level of detail could only be achieved by a pipeline feeding identity information with each session request. Consider two potential certificates an authorization server may receive:

Both John and Alice present notably different profiles. John is a staff member, and a sysadmin at that. His privilege level is far superior to Alice’s, who received credentials through a member state government program. With Teleport, the ECMWF could partition different levels of authorization, enforcing access policies among staff, analysts, and third parties. A YAML file for John’s admin role may look something like this:

By connecting the user login with an identity provider, identity information gets propagated to restrict activity, enforce logins, and control sessions.

Frustrated with the OTP authentication flow, the ECMWF adopted the OIDC standard. Unhitched from a process that could take minutes for each ssh connection, users could now SSO and use their preferred method of MFA. But more importantly, with Teleport, the ECMWF could now authenticate on both the proxy and the destination host, while simultaneously enforcing RBAC policies to restrict what nodes users may connect to.

The ECMWF’s 10 year plan intended to make computing resources available to a wider audience of researchers. One tactic was to lower the barrier to entry for those unfamiliar with the ssh-agent. Teleport’s web IU changed all of that.

In addition to a local agent, Teleport provides a fully featured web-based SSH console that can be used in-browser. This unlocked an entirely new cast of users that existed solely over the web. This demographic included people that had only used Windows machines and might still be using one. For example, some security policies have prevented users from downloading any agents on local devices, either for OpenSSH or Teleport. Others just found using the CLI daunting. For all these people, having a web client gave them a channel they previously had not had.

Even for those experienced with Linux, the Web UI has been a welcomed addition to the ECMWF. A widely adopted OSS data science tool, JupyterHub, exists in-browser. By being able to hop between services by just switching tabs makes for a much more consistent experience for many data scientists.

In 1975, the ECMWF embarked on a grand expedition; to foretell the weather with great accuracy. Their move to Italy marked the latest landmark. Committing to lofty goals for 2025, the ECMWF had to put more on the line. More compute. More people. More predictions. More access. Particularly, they needed shell access to the most powerful computers in the world across an ever-changing base of users.

What’s Next for the ECMWF and Teleport?

As all good managing teams do before making any decisions, the infrastructure team asked themselves, “Will Teleport meet possible future requirements?” To this end, the Teleport team is always hacking on improvements suggested by the community. Teleport’s commitment is not just to stay abreast with partners, but to anticipate their needs and give them the tools to do things they had not considered before.