How does AWS IAM role, STS and Identity Pool work with each other.

This is a guest blog post from Shuo Yang in his blog series "Transitioning to Programming the Cloud", as a part of our blog posts focusing on Identity, Security and Access.

We talked about IAM in the past 3 posts, identities in IAM, manage users privilege as an IT person and control privilege boundaries:

We also talked about how applications use AWS Cognito Identity Pool to get AWS temporary credentials to access AWS resources in early posts of “What I wish I could have learned before starting using AWS Cognito” and “Authentication and authorization with AWS Amplify under the hood”:

In this post, we want to give a holistic view across these three AWS building blocks: CIP, STS and IAM roles.

How does an app access AWS resources by getting credentials from Cognito Identity Pool?

When an application uses Cognito as its AuthN and AuthZ infrastructure, see the post of “What I wish I could have learned before starting using AWS Cognito”, from 10,000 feet high, 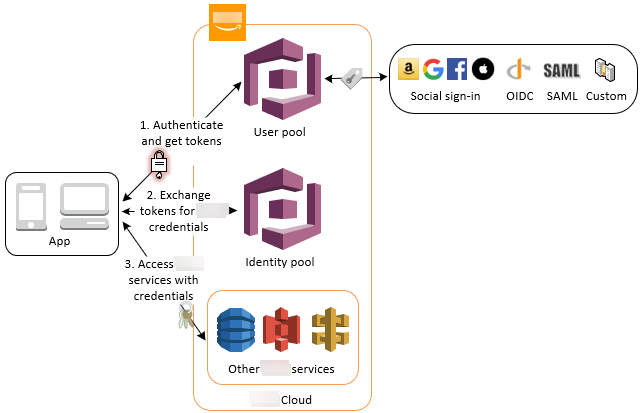 How does Identity Pool work with AWS STS? 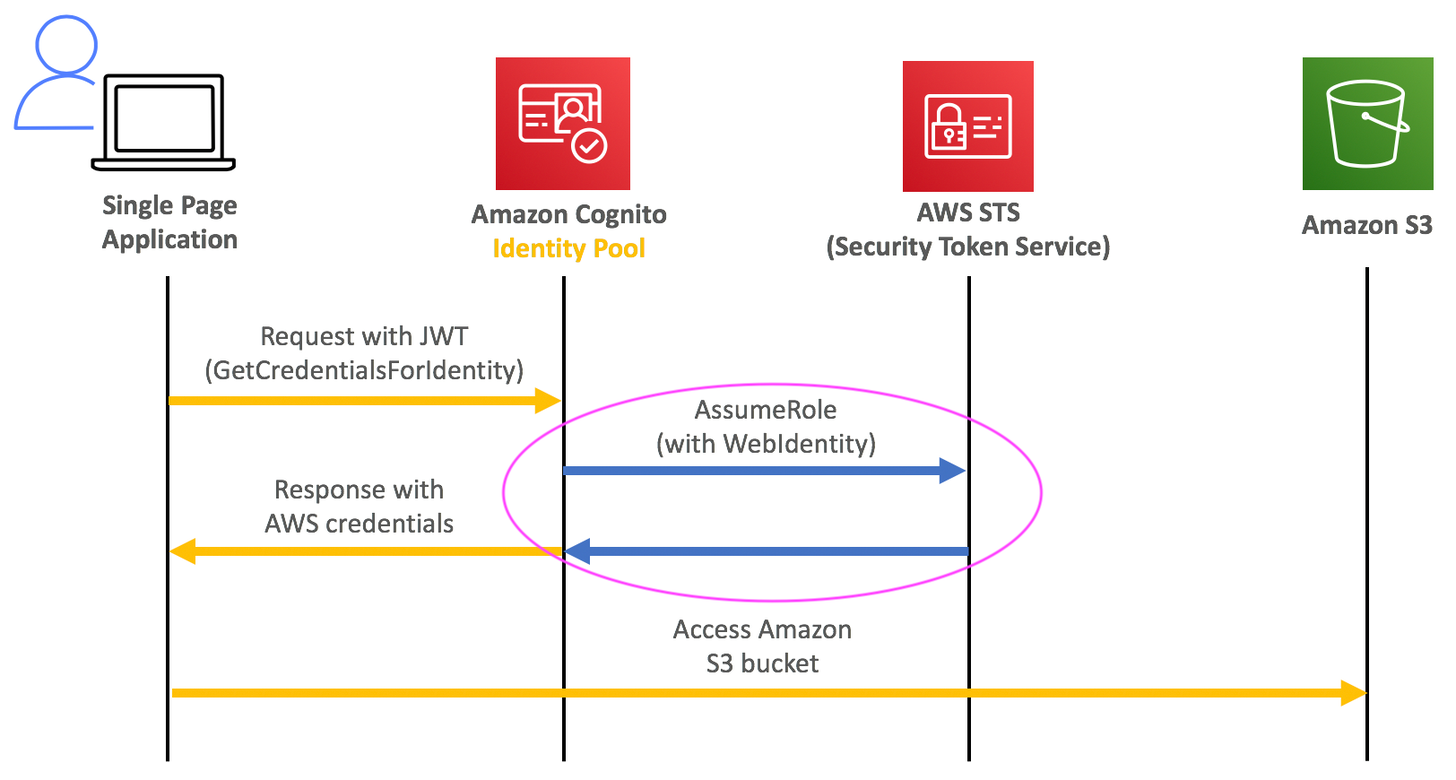 Under the hood, Identity Pool get credentials from STS

Under the hood, Identity Pool get credentials from STS

How does AWS STS issue temporary credentials with the right IAM role? During our setup of Identity Pool, we have set up the IAM roles for the authenticated users when we configure the Cognito Identity Pool:

And then we set up the right IAM policy for that role: 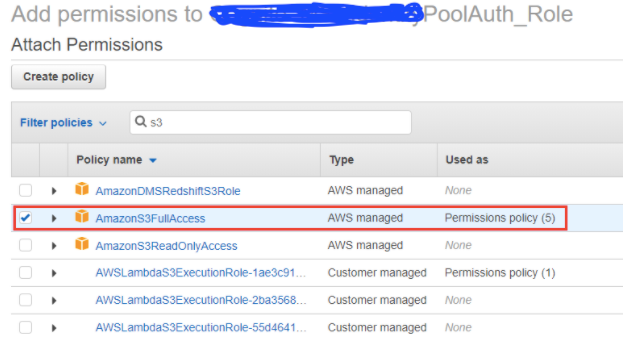 The above step exactly sets up the IAM roles, which we talked about in our previous post about IAM identities: STS issues the temporary AWS credentials representing the role we defined in the IAM service. 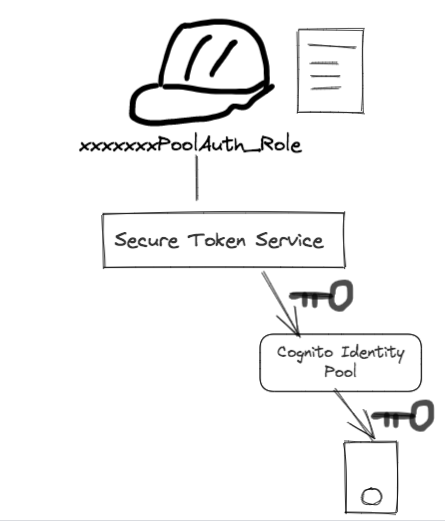 This post gives a holistic view of the issuing chain of an application's temporary credentials:

I feel this post may be the first article talking all these three together, and we hope we give a simple yet clear description of the under-the-hood mechanism. Please share this if you think it helps people who do full stack development on AWS.